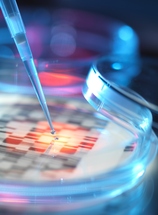 Laboratories are a vital part of the world of medicine since modern medical laboratories do important diagnostic work for specialists in every medical field.

While many medical laboratories do a variety of tests, some laboratories specialize in particular types of testing. Laboratory testing can be conveniently broken down into the following categories:

Genetic testing evaluates DNA and may include the examination of blood and other cells to evaluate the number, shape and size of chromosomes. This testing, called karyotyping, is useful in detecting congenital abnormalities in a child or a fetus, in determining whether a genetic defect may be passed from parent to child, in examining the cause of a birth defect or in assessing whether chromosomal damage has been the cause of a miscarriage or stillbirth. It is also used for forensic testing to establish identity.

Hematology concerns the study of blood. The most common hematology or blood test is the complete blood count or CBC. A CBC measures the amount of hemoglobin in the blood as well as the number of red blood cells, white blood cells and the hematocrit, or percentage of the blood made up of red blood cells. Medical laboratories do many other blood tests, including platelet counts. Blood testing is an important tool in evaluating organ function, diagnosing illnesses, checking the efficiency of clotting, checking medication levels, discerning blood types and Rh factors, and checking for toxins in the blood.

These tests involve using antigen/antibody interactions as tools to diagnose the compatibility of organs being considered for transplant.

Microbiologists work mainly with cultures, looking for suspected pathogens in clinical specimens. The specimens they examine may include blood, cerebrospinal fluid, feces, sputum, synovial fluid and urine. Microbiology labs often do testing to determine whether a particular pathogen is resistant or sensitive to a particular medication. A subdivision of microbiology is parisitology that investigates the presence or absence of parasites. Most frequently microbiologists investigate feces, though they may examine blood, sputum and urine specimens as well.

Surgical pathology laboratory testing involves the examination of tissues biopsied from a variety of organs, limbs, tumors, fetuses, and other body parts, such as breasts.

Laboratories also test for toxins in the blood or urine, primarily for prescription or recreational drugs.

Urinalysis tests for levels of various substances in the urine, including blood, glucose, bilirubin and protein. Urinalysis is very useful in diagnosing many diseases and conditions.

Virology testing is concerned with detecting and identifying viruses in specimens of blood, cerebrospinal fluid or urine.

Laboratory tests are commonly performed as part of routine physical examinations. Perhaps the most common laboratory blood test is a complete blood count or CBC. Some of the other common laboratory tests which may show metabolic irregularities, organ or gland function, incipient or progressing disease processes, traumatic conditions or levels of prescribed medications may include tests for: